Kevin O’Leary fessed up to making a massive mistake with FTX, and is working to find out where his money went amid the...
Read more
ALT

7 class action lawsuits have been filed against SBF so far, records show

The number of lawsuits against former FTX CEO Sam Bankman-Fried has been racking up since the fall of his crypto empire, with the former...
Read more

Charles Hoskinson spoke about the road ahead for Cardano governance, while calling for community input in shaping its future direction. 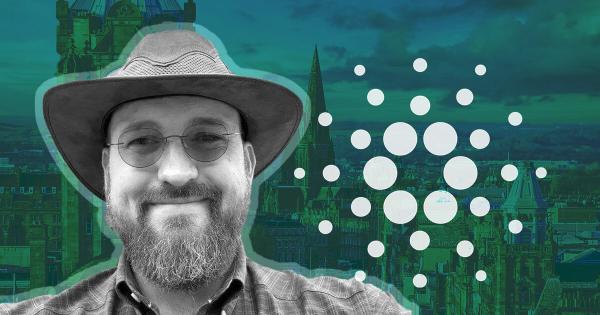 Delivering the keynote speech at IO ScotFest, Hoskinson spoke at length on Cardano’s governance phase, Voltaire. Using the failings at FTX for context, he said:

“Crypto didn’t fail. No cryptocurrencies went down. No blockchain suddenly stopped making blocks. No DEX stopped trading. Humans yet again proved humans are bad at being honest, credible, and moral.”

For that reason, a set of governance rules are important to take away the human element from day-to-day operations, leaving a protocol that ensures fairness and integrity.

Edinburgh hosted IO ScotFest: The age of Voltaire between Nov. 18-19. The event’s purpose was to showcase what has gone into Voltaire to date and to acknowledge what is being built for the future.

Encompassing this, IO recently released Cardano Improvement Proposal (CIP) 1694 on Github, which takes the original Cardano governance system from the Shelley phase and extends it to refine and streamline the decentralized decision-making process.

Pitched improvements include active on-chain participation, enhanced treasury movement transparency, and the proposal for a constitution to solidify guiding principles and record the project’s ethos on the blockchain.

Hoskinson stressed that CIP 1694 is subject to change, depending on community input. But he welcomed feedback and mentioned workshops scheduled for Q1 2023, where participants can hammer out the finer details to move the proposal forward for ratification.

“We know how to build what we wrote, if there are radical changes it might take a little longer. But we’re all going to get there together because you all deserve a government and we deserve everyone who holds ADA to have a voice.”

Talking more about the constitution, the IO CEO said this concerns setting up governing rules which will lay the foundation for basic principles, including guaranteeing particular rights.

Hoskinson added that constitutions can be machine understandable. He envisions taking the human intent behind the constitution and making it into “one gigantic nomic machine” – in effect having the constitution embedded within the chain down to the transaction level.

Rounding off, Hoskinson spoke of the contradiction between institutions and decentralization. However, he conceded that “you cannot have good governance without good institutions.”

To keep on the right side of decentralization, a group called the Cardano Member Based Organization (MBO) will act as a single point to bring together all of the divergent interests. Hoskinson framed the MBO as a grassroots group tasked with steering the project.

Cardano does not have all the answers

Although 2023 is dedicated to bringing Voltaire to fruition, the process will take years to come to pass, said Hoskinson.

Even so, IO will stump up millions of dollars to make the vision a reality. But, Hoskinson also pointed out that nothing is set in stone and everything is up for change subject to community input, which may mean scrapping elements, if not the whole thing.

“But at the end of the rainbow, you’ll have to sign up for it, or else it doesn’t exist, and we go back to the drawing board and figure something else out.”

Nonetheless, in an attempt to rally enthusiasm for the road ahead, the Cardano founder said, as a community, we need to stake our claim and not fear failing. In any case, no one, including himself or IO, “has all the right answers.” However, the path forward, including inevitable mistakes, will be forged as a community collective.

“All we [at IO] have are suggestions and ideas, and together we’re going to discover if those were good ideas or bad ideas.”

Kevin O’Leary fessed up to making a massive mistake with FTX, and is working to find out where his money went amid the...
Read more
ALT

7 class action lawsuits have been filed against SBF so far, records show

The number of lawsuits against former FTX CEO Sam Bankman-Fried has been racking up since the fall of his crypto empire, with the former...
Read more
ALT

The Office of the Comptroller of the Currency (OCC) said the digital asset industry was maturing but was “not yet robust” in its...
Read more

Bitcoin price targets stretch to $19K as BTC jumps 4% from...