For DAOs to be more efficient, Vitalik said they need to remain highly decentralized while incorporating elements of political science and corporate governance. 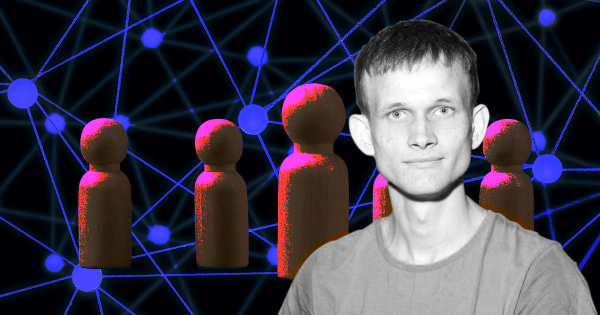 Ethereum co-founder Vitalik Buterin laid out arguments to support the view that decentralized autonomous organizations (DAOs) could be more efficient than traditional corporations in the presence of highly decentralized governance models.

Ongoing conversations in the crypto community suggest that highly decentralized DAOs have been inefficient. Many are of the view that protocols could become more efficient if they adopt traditional governance structures.

in a Sept. 20 blog post, Vitalik countered the proposition, highlighting instances where more decentralization is important for the sustainability of DAOs.

On grounds of decision-making, Vitalik explained that while corporations incline toward convex decisions, DAOs would leverage decentralization to make better decisions in concave environments.

If a decision is concave, compromise is possible (finding the best option between A and B), whereas if it’s convex, the choice has to be either A or B. He argued that DAO-like structures would be more efficient if they relied on the wisdom of the crowd to aggregate inputs that would guide the decision-making process.

DAOs usually embrace decentralization to defend themselves from external attacks/ censorship. Vitalik added that DAOs, while leveraging decentralization for censorship resistance, should do well to provide services that will drive long-term investment and reliability from the community.

According to Vitalik, DAOs have moved to take on the functions of nations states by maintaining basic infrastructure. To make DAOs more efficient in overseeing themselves while providing essential services, decentralization is crucial.

For example, the decentralized arbitration protocol Kleros was designed to rule on arbitration cases.  However, a recent scandal claimed that insiders were subverting the decision-making process. In order to restore efficiency and trust in the protocol, the governance should be more decentralized, which will help reduce the concentration of power within a single entity.

Curtis Yarvin, in an article highlighted by Vitalik, asserts that the best DAO models should be designed after corporate governance, not political science. On the contrary, Vitalik argues that DAOs have a lot to learn from political science, given that DAOs are considered sovereign.

In terms of decision-making, sovereign entities are said to be inefficient, while corporations tend to be more efficient since they can easily adopt tools to make timely decisions.

However, corporations are at a loose end when it comes to issues of succession. On the other end, sovereigns have developed age-long systems to ensure a smooth transition of power to sustain operations.

According to Vitalik, DAOs could be designed to optimize the best of the two worlds.

“By far the greatest number of organizations, even in a crypto world, are going to be “contractual” second-order organizations that ultimately lean on these first-order giants for support, and for these organizations, much simpler and leader-driven forms of governance emphasizing agility are often going to make sense.”